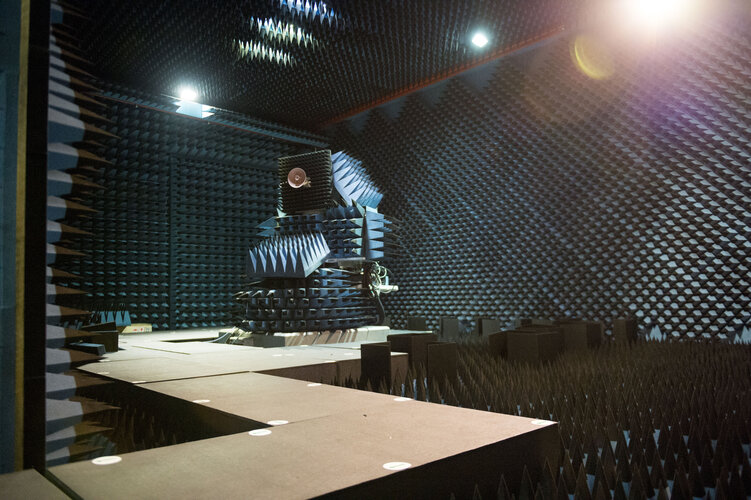 Objects in the night 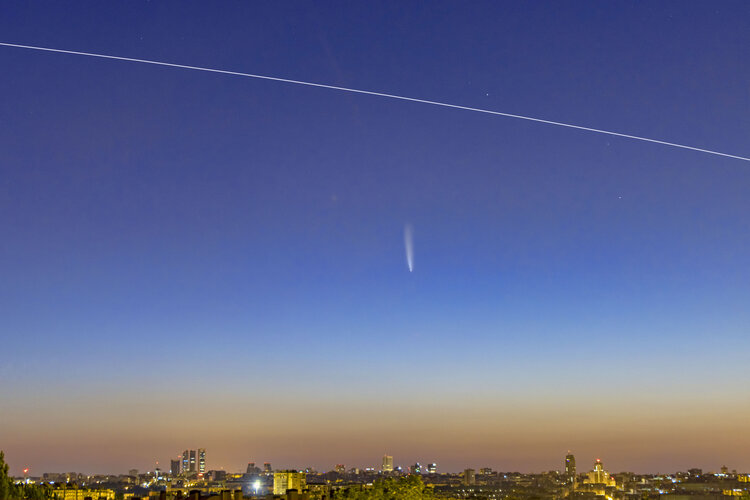 Skygazers across the Northern Hemisphere are being treated to stunning views of comet NEOWISE as it streaks past Earth. Amateur astrophotographer Javier Manteca got a bonus: the International Space Station and the comet are both seen transiting Madrid in this photo captured 11 July.

Taken at dawn, the picture is a composition of 17 stacked images exposed every 2.5 seconds to form the skyline.

Comet C/2020 F3 NEOWISE is named after NASA’s Near-Earth Object Wide-field Infrared Survey Explorer mission that discovered it in March 2020. The comet completed its perihelion, or closest pass of the Sun, on 3 July and is headed back out of our Solar System, not to return for another 6800 years.

Comets are the icy remnants from the formation of the planets 4.6 billion years ago, prompting scientists to think of them as cosmic time capsules. Comets have distinctive tails caused by dust grains being swept away from the comet’s nucleus.

The comet's flyby of Earth is a rare opportunity to observe and collect data on these cosmic time capsules. Many spacecraft have observed the comet, including the ESA/NASA Solar and Heliospheric Observatory as well as astronauts on board the International Space Station.

ESA’s comet chaser Rosetta trailed comet 67P/Churyumov–Gerasimenko for two years before landing the Philae probe on its surface. The mission amassed a wealth of data that will be studied for years to come.

As comet NEOWISE zooms past Earth at a comfortable (and safe) distance of 103 million kilometres, stargazers can catch more views of the comet through July. Consult Earth and Sky or Astronomy Now for times and positions. 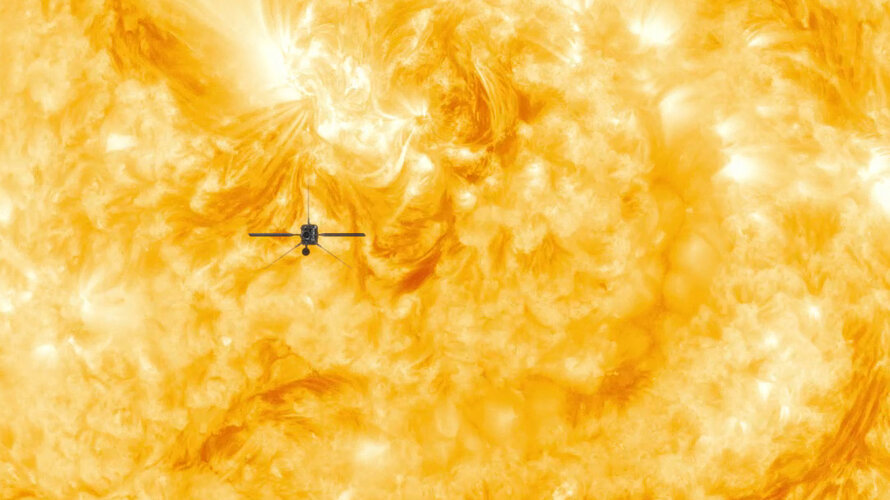 Join us on Thursday 16 July for an online press briefing with Solar Orbiter mission experts, who will present the first images from ESA’s new Sun-observing spacecraft. 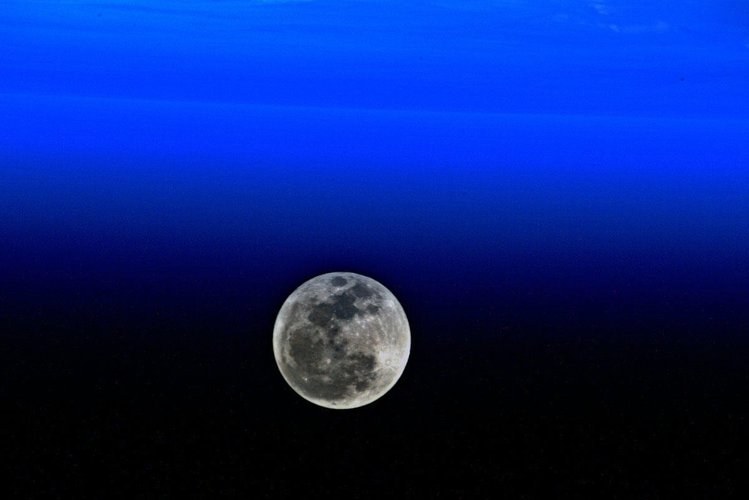 ESA has long-established plans to create a commercial lunar satellite network and now seeks expressions of interest from companies prepared to build and operate it.

Comet NEOWISE over the Swiss Alps

Comet NEOWISE has been wowing photographers around much of the world during dawn and dusk, at the margins of

Have you ever seen a comet?

This sight was worth getting out of bed early.

Where do comet tails come from?

The Tails of Comet NEOWISE