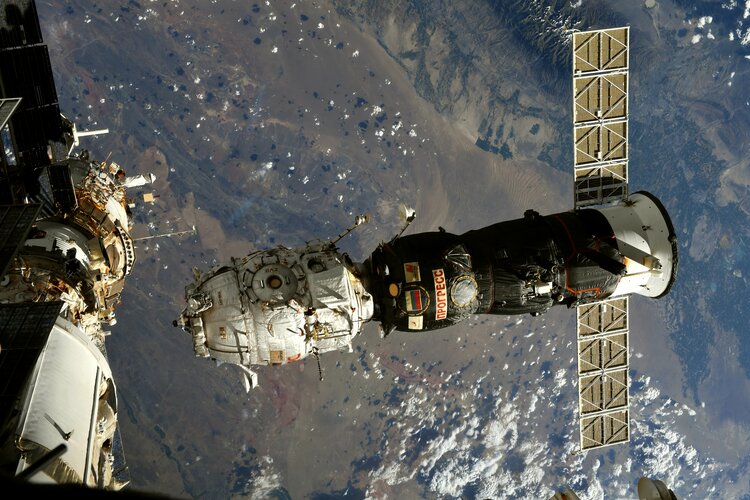 Earth from Space: Malé, the Maldives 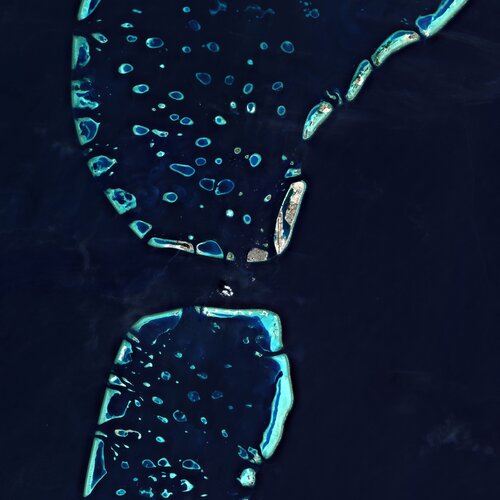 The Copernicus Sentinel-2 mission takes us over Malé – the capital and most populous city in the Republic of Maldives. 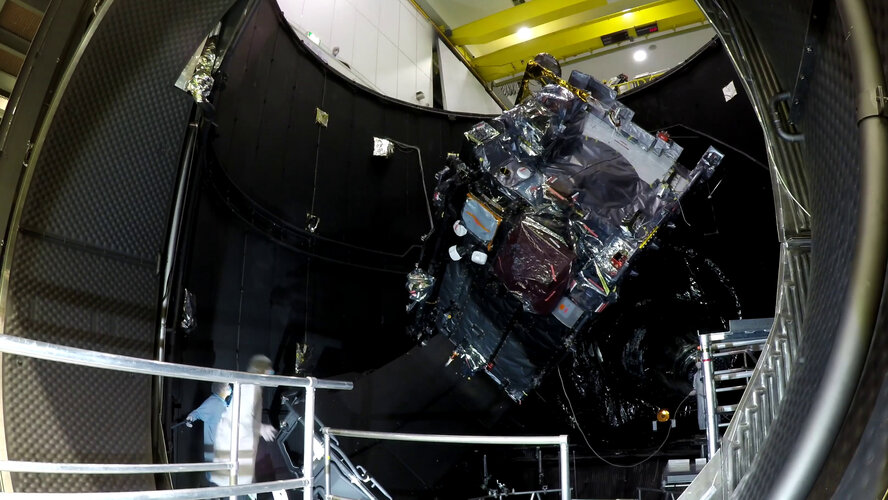 ESA's Jupiter Icy moons Explorer, Juice, has successfully completed rigorous thermal tests simulating the extreme coldness of space and the warmth of the Sun at ESA’s test centre ESTEC, in The Netherlands.

The spacecraft underwent a month of round-the-clock testing and monitoring in the Large Space Simulator, which recreates the vacuum of space and is able to simulate both hot and cold space environments. The spacecraft was subjected to temperatures ranging from 250 degrees to minus 180 degrees Celsius, showing that it can survive its journey in space.

Juice will launch in 2022 to our Solar System’s largest planet. It will spend over four years studying Jupiter’s atmosphere, magnetosphere and its icy moons Europa, Callisto and Ganymede, investigating whether the moons’ subsurface oceans are habitable for life. 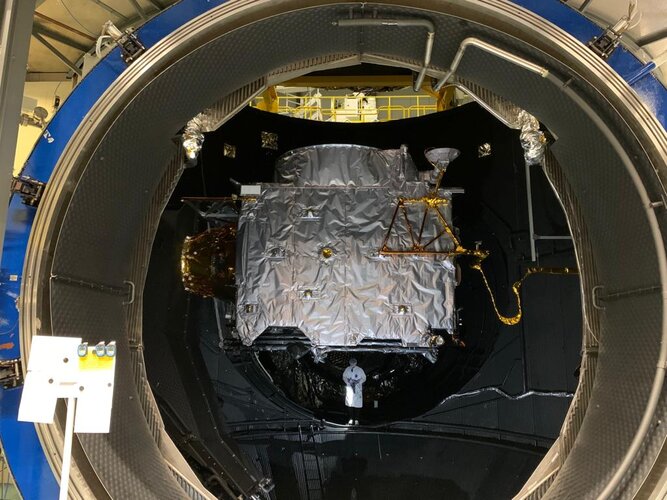 Peering from the shadows, the

The Tulip and Cygnus X 1

The Tulip and Cygnus X 1

The rim of the large blue galaxy at the right

Can a gas cloud grab a galaxy?